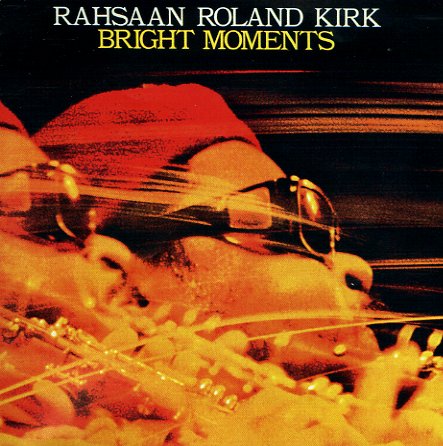 Also available
Rahsaan Roland Kirk — Bright Moments ... LP 39.99
Great double album live set with Roland leading a tight group through a long and varied set of material, all of which showcases the odd goofy sound of his music, and his offbeat approach to more familiar tracks. He talks a bit, makes the odd joke about being blind, and never ceases to amaze with his playing. A bit of vocals too, but sung in such a heartfelt way that you've gotta love 'em! Tracks include "Pedal Up", "Clickey Clack", "Prelude To A Kiss", "Bright Moments Song", "If I Loved You", and "Jitterbug waltz".  © 1996-2023, Dusty Groove, Inc.
(1993 Atlantic/Rhino pressing)

Live At The Half Note
Atlantic, 1964. Used
CD...$7.99
Beautiful work from the legendary Art Farmer – sounds from a time when the trumpeter was really coming into his own, and finding a way to carve out a special space for himself in modern jazz! The sounds here are fresh, but never overstated – blown with that compact mode that makes ... CD