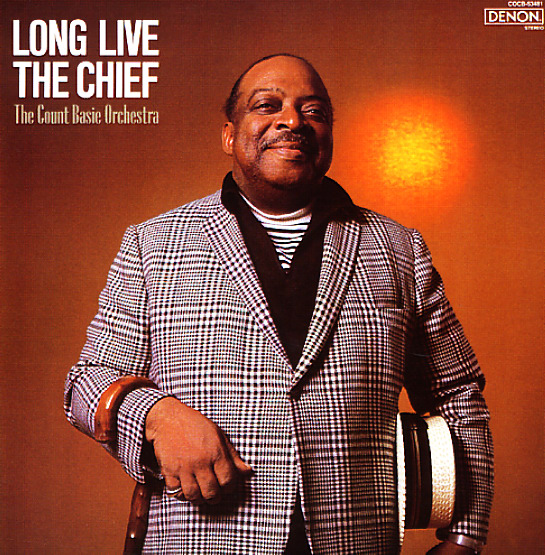 A post-Basie session from the Count Basie Orchestra – recorded after the Count had passed away, and Frank Foster returned from his wayward years to assume leadership of the group! The sound here is very much in the best Basie mode of the late 50s and early 60s – extremely fluid large group arrangements that sparkle with touches from Basie stalwarts Frank Foster, Eric Dixon, and Freddie Green – plus a number of younger players in the group. Dee Carson is sitting in Basie's chair on piano, and Carmen Bradford sings on the track "A Foggy Day". Other titles include "Hey I See You Over There", "You Got It", "April In Paris", "Bus Dust", and "Corner Pocket".  © 1996-2022, Dusty Groove, Inc.
(Out of print.)

Sadao Watanabe Plays Ballads
Denon, 1967. Used
CD...$14.99
Haunting early work from Japanese reed legend Sadao Watanabe – an artist who makes the record way more than just a set of familiar ballads! True, the set's a bit more mellow than some of Watanabe's other work of the time – but his work on alto and flute really have this subtle sort of ... CD