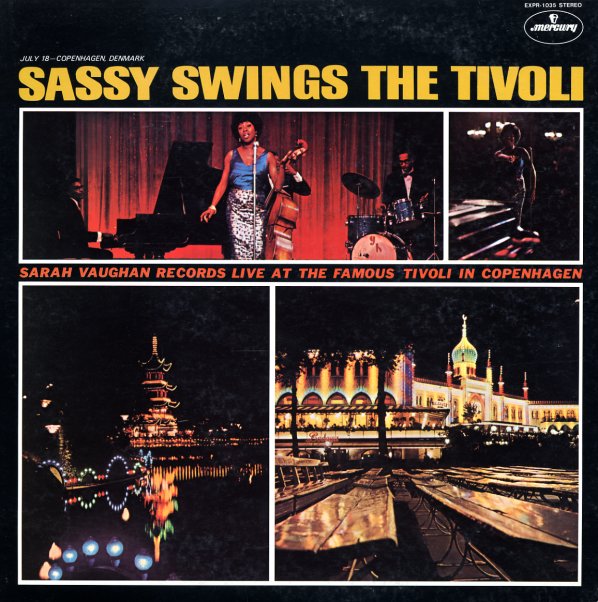 Arrangements by Quincy Jones – with titles that include "I Feel Pretty", "Sassy's Blues", "I Cried For You", "Lover Man", and "What Is This Thing Called Love".  © 1996-2021, Dusty Groove, Inc.
(Black label stereo pressing with deep groove. Cover has a small cutout hole, some sticker remnants on front, and splash stains and torn corners on the back paste-on.)