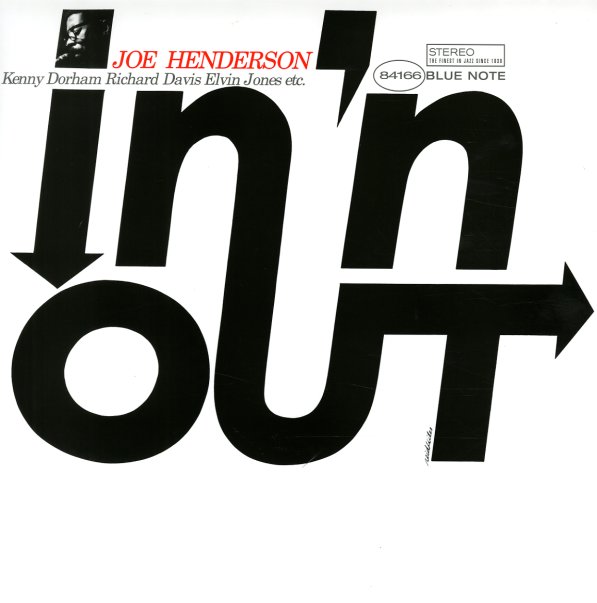 A stone killer from the early Blue Note years of tenorist Joe Henderson – a key example of why the label had so much faith in him right from the start, and why Henderson's horn was quite different than so many other players of the 60s! There's a sharp edge here, but there's also a soulful sense of swing – that balance that Joe had more than most of his contemporaries – and which he only continued to develop as the years went on. Echoes of "new thing" modes lie in the background of the record, but upfront things have a sharp 60s Blue Note punch – thanks in part to a great lineup that also includes Kenny Dorham on trumpet, McCoy Tyner on piano, Richard Davis on bass, and Elvin Jones on drums. Henderson's tone is rough and young – but in a great way, one that's perfect for the exploratory nature of his original tunes on the set, and which matches the mood of Dorham's compositions as well. Tracks include "In N Out", "Short Story", "Brown's Town", and "Punjab".  © 1996-2022, Dusty Groove, Inc.
(Out of print, BMG music club pressing.)