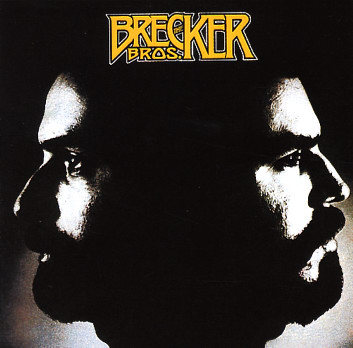 The start of a legendary run from superjazz brothers Randy and Michael Brecker – trumpeter and tenorist, respectively – already players who'd worked on a hell of a lot of previous sessions, both as a pair and on their own – finally stepping here into some well-deserved fame in the spotlight! The duo have a great lineup here – equally well-skilled contemporaries who include Don Grolnick on keyboards, David Sanborn on alto, Harvey Mason on drums, and Will Lee on bass – all working in a mode that's soulful fusion throughout, with just a bit of vocals at a few points, but mostly instrumental overall. The whole thing's got an approach that's smooth and tight, but never in a slick way – a groove that still sits wonderfully well after all these years! Titles include "Sneakin Up Behind You", "Rocks", "Levitate", "Some Skunk Funk", "Sponge", "A Creature Of Many Faces", and "DBB".  © 1996-2020, Dusty Groove, Inc.
(Cover has light ring wear.)