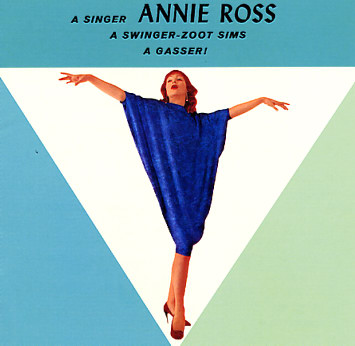 Great stuff – one of Annie Ross' rare albums as a solo act away from her trio with Jon Hendricks and Dave Lambert – and a great little session cut with small combo jazz backing, which gives the song a nice swinging edge! Zoot Sims is the main soloist on the tunes, Russ Freeman lays down piano tracks to set the mood – and other players include Jim Hall, Monte Budwig, Mel Lewis, and Bill Perkins – all of whom contribute wonderfully to the album, and give it a nicely grooving west coast finish. Titles include "I Was Doing Alright", "You Took Advantage Of Me", "Lucky Day", "Lucky So & So", and "Nobody's Baby".  © 1996-2021, Dusty Groove, Inc.
(Gold label stereo pressing with deep groove. Cover is stained at the bottom, about an inch on front and a little more on back, with a half split bottom seam.)