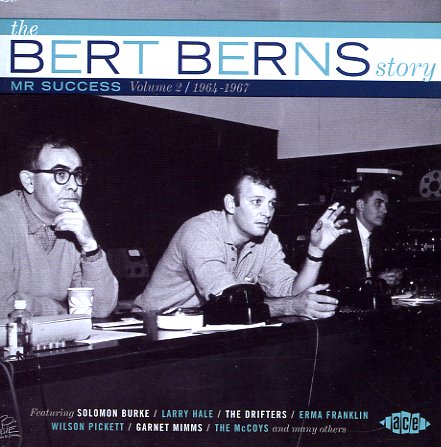 Key years in the Bert Berns story – that magical mid 60s period when Berns was coming up with some killer soul sides, and a few famous rockers too! The sound here is tremendous – kind of a "wall of sound" to New York soul – that marvelous style that's also known as uptown soul, for its careful production and sense of class. Some of the most important Berns moments are collected here, alongside lesser-known gems that really round out the sound – including 8 tracks appearing on CD for the first time, which should be plenty to peak the interest of any 60s soul collectors (as if the great Ace notes and package weren't enough!) Production is wonderful throughout, and the set list features some killer Atlantic/Atco singles – plus other gems from smaller indies of the period – cuts that include "Mojo Mama" by Don Varner, "No One Could Ever Love You" by Freddie Scott, "Show Me Your Monkey" by Kenny Hamber, "Everybody Needs Somebody To Love" by Solomon Burke, "It Was Easier To Hurt Her" by Garnett Mimms, "I Went Out With My Baby Tonight" by Moses K & The Prophets, "Run Mascara" by The Exciters, "Cry No More" by Ben E King, "Mr Success" by Bobby Harris, "Gone Gone" by Roy C, "Better Not Believe Him" by Barbara Lewis, "Brown Eyed Girl" by Van Morrison, "I Got To Go Back" by Otis Redding, "If I Would Marry You" by Tammy Montgomery, and "Come On Girl" by The Knight Brothers.  © 1996-2020, Dusty Groove, Inc.