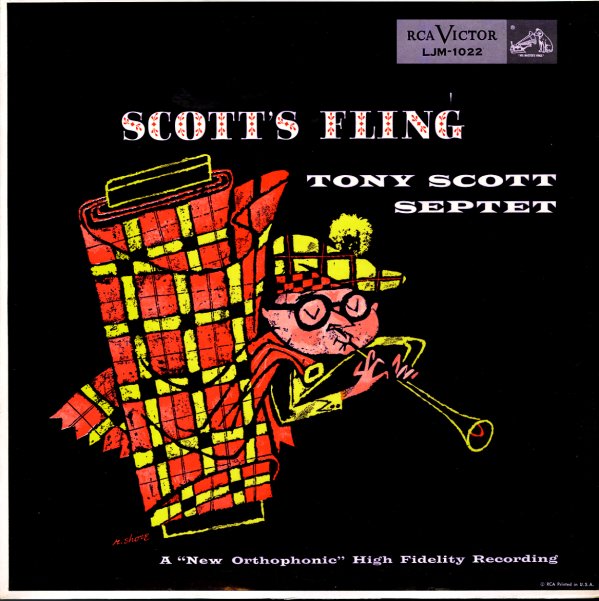 Tony Scott plays with his septet, which includes Eddie Wasserman on tenor, Danny Banks on baritone, Jimmy Nottingham on trumpet, Billy Byers on trombone, Milt Hinton on bass, and Osie Johnson on drums.  © 1996-2021, Dusty Groove, Inc.
(Mono pressing with deep groove. Cover has a small split in the top seam. Vinyl has some cosmetic sleeve marks.)