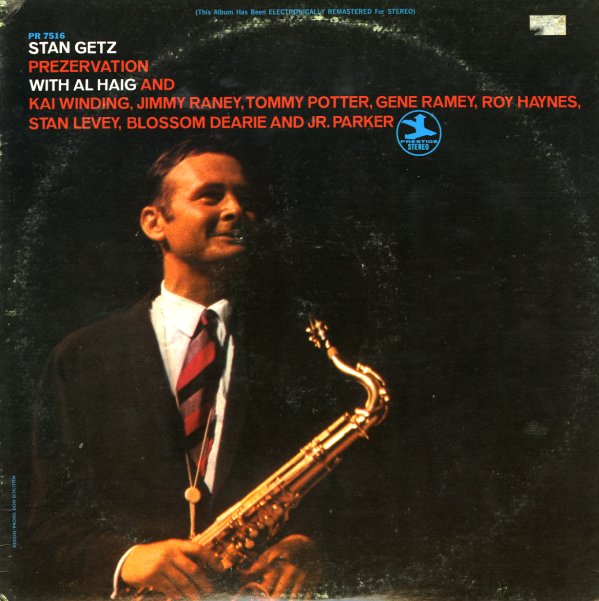 The title's not a typo, but a strong reference to the influence of Lester Young on the tenor sound of Stan Getz – especially in these early recordings! The material is right from the end of the 40s – and shows a young Stan really coming into his own on Prestige Records – blowing with a crisply soulful tone that emulates his idol, but already finding fluid spaces that take Getz very much into his own territory too! Most recordings were issued in formats that pre-date the LP at Prestige – which makes this full collection an essential document of the time – and players include Al Haig on piano, Kai Winding on trombone, Tommy Potter on bass, Jimmy Raney on guitar, and Roy Haynes on drums. Titles include "Pinch Bottle", "Prezervation", "Liza", "Intoit", "Goodnight My Lvoe", "Short P Not LP", "Be Still TV", and "Opus Caprice".  © 1996-2022, Dusty Groove, Inc.
(Green label pressing. Cover has a large corner cut and light wear.)