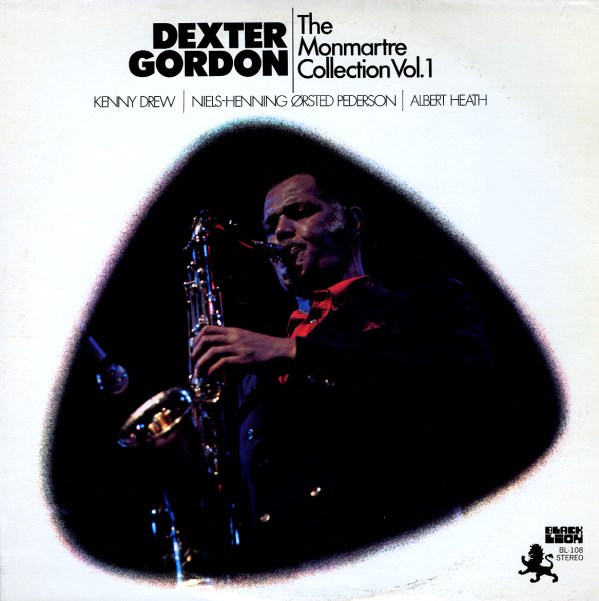 One of the first great European statements from tenorist Dexter Gordon – a 1967 live recording that really lets Dexter stretch out, and show an even deeper side of his talents than on his 60s albums for Blue Note! The rhythm section here is rock solid – Kenny Drew on piano, Neils Henning Orsted Pedersen on bass, and Albert Tootie Heath on drums – a unit that still retains the sharpness of the Blue Note dates, but also has the energy to "go long" as Gordon pushes a few of the numbers on the set well past the ten minute mark. Gordon's solos are wonderfully imaginative and expressive – and titles include "Devilette", "For All We Know", "Doxy", and "Sonnymoon For Two".  © 1996-2022, Dusty Groove, Inc.
(US promo pressing. Cover has two cut corners and light surface wear.)

After Hours
Steeplechase (Denmark), Mid 60s. Near Mint-
LP...$16.99 (CD...$9.99)
Lost genius from Dexter Gordon's initial years in Europe – a set that has him still stretching out in familiar Scandinavian modes, but with a slightly tighter sound too! The group's notable in that it features trumpeter Rolf Ericson – whose horn really adds a lot to the frontline, and ... LP, Vinyl record album

Other Side Of Round Midnight
Blue Note, 1986. Near Mint-
LP...$14.99
A variety of groups, some with Dex on tenor. Other players include Bobby Hutcherson on vibes, Freddie Hubbard on trumpet, Wayne Shorter on soprano sax, Cedar Walton and Herbie Hancock on piano, and Billy Higgins and Tony Williams on drums. Titles include "Berangere's Nightmare 2", " ... LP, Vinyl record album

Something In Blue
Black Lion, 1971. Near Mint-
LP...$16.99
Monk plays solo piano and is joined on some of the tracks by Art Blakey on drums and Al McKibbon on bass. The songs are all originals except for "Nice Work If You Can Get It" and they include "Blue Sphere", "Hackensack", "Criss Cross", "Something In ... LP, Vinyl record album

You Leave Me Breathless
Black Lion, 1967. Near Mint-
LP...$7.99
An astounding live set from Johnny Griffin – recorded at the famous Club Montmartre in Copenhagen, Dexter Gordon's famous home in the late 60s – but a place that was also a showcase for the new sort of energy that Griffin was bringing to his horn at the time! The record crackles with ... LP, Vinyl record album