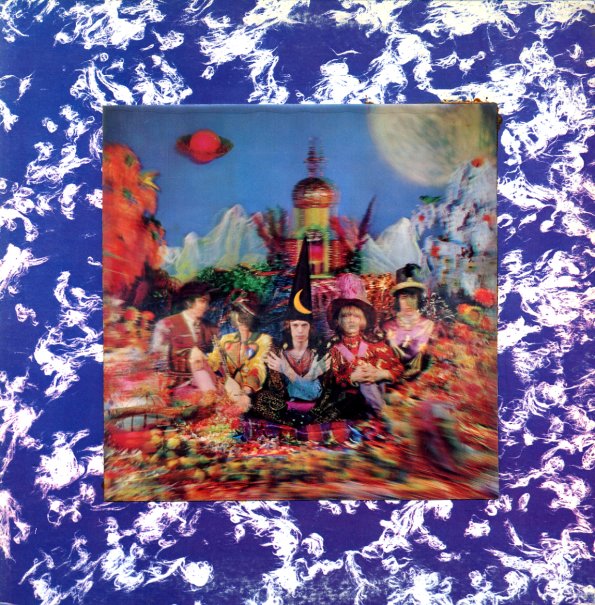 A record that was initially thought by some as a cheap cash-in on the Sgt Peppers concept – but an album that, to us, really helped set The Rolling Stones free to express themselves in so many new and amazing ways! There's definitely a bit of the hippie vibe to the set at times – such as sitar that might have been unimaginable on a Stones track a few years before – but there's also an explosively creative approach to the album's arrangements and production, creating a kaleidoscope of sounds that only further seems to illuminate the Jagger and Richards genius! Titles include the classic "She's A Rainbow" – plus "Citadel", "2000 Man", "On With The Show", "Sing All This Together", "In Another Land", "The Lantern", and "Gomper".  © 1996-2021, Dusty Groove, Inc.
(Original pressing in the lenticular 3-D cover, including the printed inner sleeve. Cover has split seams held with tape, a name in pen, and light surface wear.)

Exile On Main Street
Rolling Stones, 1972. Very Good+ 2LP Gatefold
LP...$59.99
The Rolling Stones at their rawest, most shambling, sleazy and brilliant – the epic, unimpeachable Exile On Main Street! What can we say about one of the most iconic LPs of all time other than chime in with our agreement that it's one of the greatest rock albums ever! Big choruses come and ... LP, Vinyl record album

Tobacco Road
London, 1964. Very Good+
LP...$44.99
A great little group – not from Nashville, but instead the UK – where they get some excellent production from Mickie Most, who really brings out an edge in their music! Includes their great reading of "Tobacco Road" – plus "Google Eye", "I Like It Like ... LP, Vinyl record album