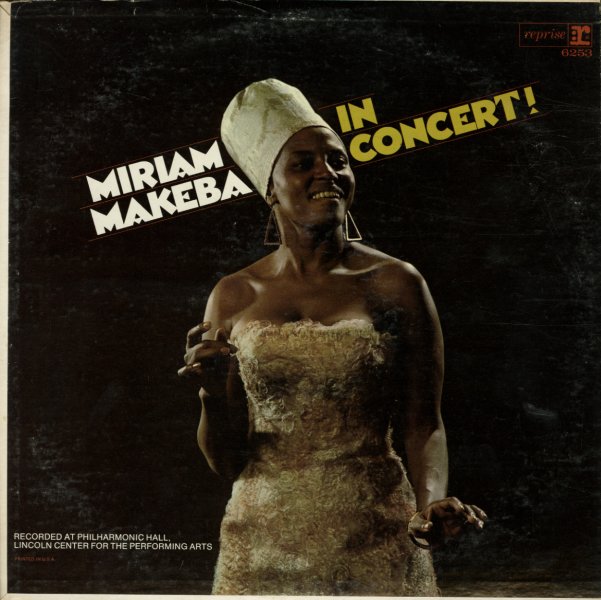 A pretty great set – a bit folksier than most of Makeba's other work for Reprise, but recorded with a pretty lively groove on many numbers, a lot more interesting than some of Makeba's early work in the folk vein. The record includes a seven minute version of "A Piece Of Ground", a nice take on "Mas Que Nada", and the cuts "Ibabalazie", "Click Song", "Jolinkomo", and "Reza".  © 1996-2022, Dusty Groove, Inc.
(Sealed 60s pressing!)

Sangoma
Warner, 1988. Near Mint-
LP...$5.99
After hitting big success with Paul Simon's Graceland album in the mid 80s, Warners kind of had a little burst of renewed activity in recording the sorts of artists they paid attention to more in the glory days of the late 60s/early 70s record industry boom. Fortunately, Miriam Makeba benefitted ... LP, Vinyl record album