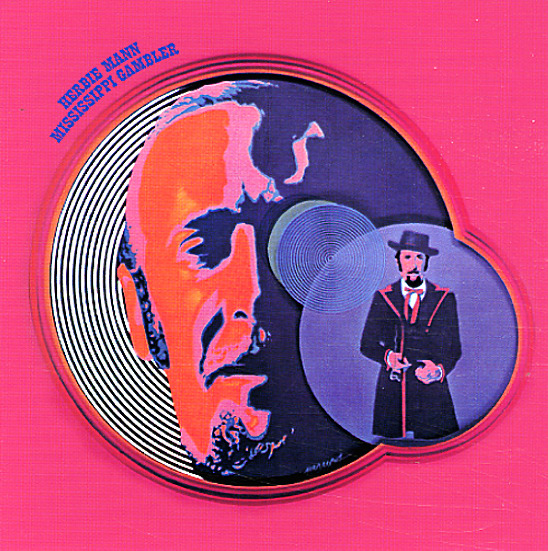 After dipping into the Memphis Underground, Herbie continues his tour of the funky south – recording here at American Studios in Memphis (only 5 miles from Mississippi, we guess!), with a small combo that includes Bobby Emmons on organ, Bobby Wood on electric piano, and Reggie Young on guitar! There's a relaxed easy groove to the album that makes it one of Mann's most consistently satisfying funky albums – a really cool, laidback style that's a great showcase for Herbie's funky flute – and David Newman turns out some great solos on tenor and flute, which really soup the record up! Tracks are long, and titles include "Dippermouth", "Mississippi Gambler", "Respect Yourself", and "Satisfaction".  © 1996-2020, Dusty Groove, Inc.
(Cover has mostly unglued seams.)

Hold On, I'm Comin'
Atlantic, 1973. Near Mint- Gatefold
LP...$2.99 (CD...$19.99)
Great early 70s work from Herbie Mann! By this point in his career, Herbie must have had a fleet of cars, a harem of ladies, and a golden flute. You can hear his success in the live material that makes up the album – recorded before very enthusiastic audiences at the New York and Montreux ... LP, Vinyl record album