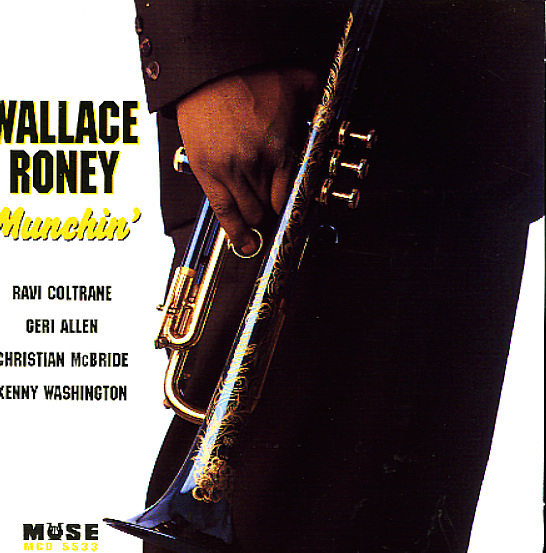 Underground grooving from trumpeter Wallace Roney – one of the excellent albums he recorded for the Muse label in the 90s – a wonderfully well-rounded set that's a tremendous tribute to his tone! The group here is every bit as great as Wallace's work in the frontline – Ravi Coltrane on tenor, Geri Allen on piano, Christian McBride on bass, and Kenny Washington on drums – an especially sympathetic rhythm section who bring out some nice warmer touches to offset Roney's occasionally bold tones on trumpet. Tracks are strongly in a traditional soulbop mode – and titles include "Smooch", "Whims Of Chambers", "Lost", "Bemsha Swing", and "Solar".  © 1996-2022, Dusty Groove, Inc.
(Out of print.)

Prototype
High Note, 2004. Used
CD...$6.99 8.99
A nicely electrified set from trumpeter Wallace Roney – working here in a style that has plenty of moody backdrops on Fender Rhodes, plus some really snapping percussion from drummer Eric Allen! There's a sound here that's clearly inspired by 70s Miles, but which also moves through a range ... CD

Seth Air
Muse, 1991. Used
CD...$9.99 12.99
One of Wallace Roney's best sessions from the time – an album with a great sense of balance and fullness, and a tremendous tribute to Roney's strength as a leader on Muse Records! The album features equally great contributions from Antoine Roney on tenor – a player who balances out ... CD