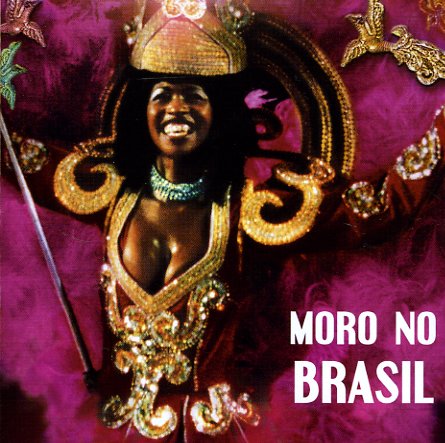 Brazilian music from the ground up – a fascinating array of recordings made as part of the film Moro No Brasil, presented in all their gritty brilliance! The focus here is on the music of the people – recorded either live in the streets or at Mika's Bar, as part of an all-star performance done for the movie! It might be tempting to tag the effort as kind of a Brazilian version of the Buena Vista Social Club, but there's a real difference here in that the music here is still very much "alive" and part of Brazilian culture today – and not just a relic of the past preserved by a few conscientious intruders. Styles are a mix of samba, bossa, and many other rootsier modes – and titles include "Cirandar" by Seu Jorge, "Juizo Final" by Zenith & Velha Guarda, "Sorrir De Mim" by Walter Alfaiate, "Wauica" by Alemberg Quindines, "Voar No Balao" by Ze Neguinho, "Mulher Do Corno Rico E A Do Corno Pobre" by Caju & Castanha, "Baile Funk Ao Vivo" by Ivo Meirelles & Funk N Lata, and "Brasis" by Gabriel Moura.  © 1996-2022, Dusty Groove, Inc.
(Out of print and still sealed.)

Favela Chic Postonove 3
Milan, 2003. Used
CD...$8.99
The Favela Chic posse do it again – serving up a 3rd batch of Brazilian groovers – one that's even better than the first 2! The tracks have a great funky samba sort of groove – and often feature a Brazilian take on American soul and funk styles, with material that dates from the ... CD