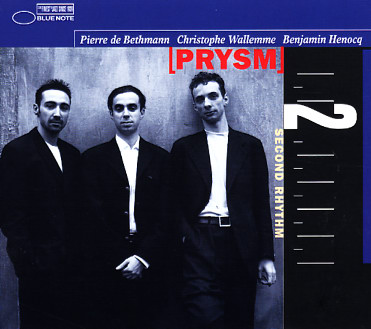 A straight jazz piano trio, but a really great one – a group whose work sparkles with a sense of dynamic energy that belies their origins on the French jazz scene – home to some wonderfully freewheeling piano combos at the end of the 20th century! The work's got a balance of sensitivity and soaring solo work that's really nice – not as groove-oriented as some of the other Blue Note France productions from the same period, but still plenty proof that the label's ears were often best tuned to new talent on the other side of the Atlantic. Titles include "Extension", "False Roots", "Hope", "Secret World", "Tao Of Chloe", "The Way", "Stone Cutter", and "Upside Down".  © 1996-2021, Dusty Groove, Inc.
(Out of print.)

Street Funk & Jazz Grooves – Best Of Grant Green
Blue Note (France), Late 60s/Early 70s. Used
CD...$4.99
Although Grant Green started the 60s recording for Blue Note in a soulful churchy kind of groove, he ended the decade recording some great funky albums, most of them with a tight hard groove, of the sort of Idris Muhammad-ish rhythm track that was dominating the soul jazz scene at the time. This ... CD