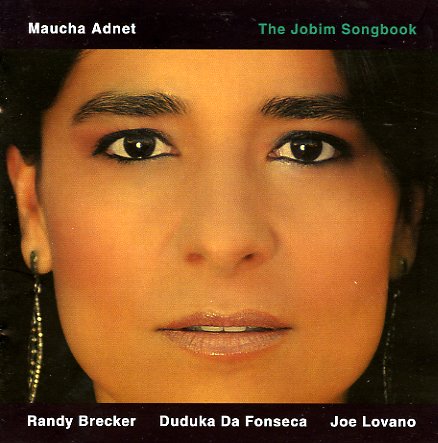 Metropole
Adventure Music, 2009. Used
CD...$1.99
A jazz album at heart, but one with some distinct Brazilian touches too – a warm blend of the guitar lines of Daniel Santiago with reeds from Josue Lopez and piano from Vitor Goncalves – all wrapped up in a set of rich flowing rhythms! There's some of the sensitivity here that you ... CD

Terra Brasilis (Japanese pressing)
Warner (Japan), 1980. Used
CD...$8.99
Pretty great sounds from the legendary Antonio Carlos Jobim – an album cut a bit later than his bossa years, but with a darkly sophisticated sound that's pretty darn compelling! The album features larger orchestrations by Claus Ogerman, and in a way, it's similar to the Jobim album on Decca ... CD

Adeus – The Berlin Concert
Sonorama (Germany), 1996. Used
CD...$9.99
A never-issued live set from Susannah McCorkle, recorded at a small club in Berlin – and done with a groove that's a really nice change from some of Susannah's other albums of the time! The live presentation is great – as it really lets us hear some of the charm that McCorkle can ... CD

Remember 1966 to 1988
Muzak (Japan), Late 60s/1970s/1980s. Used
CD...$28.99
Some of the greatest work we've ever heard from Dutch singer Ann Burton – rare recordings presented here for the first time ever, and arguably even better than some of the commercially-issued material she cut back in the day! There's a light, swinging style to many of these tunes we really ... CD