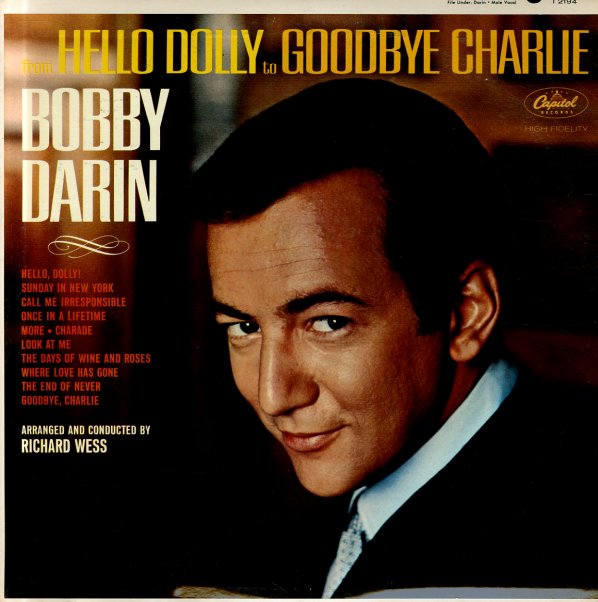 From Hello Dolly To Goodbye Charlie

One of Bobby's best records for Capitol – a straight set of pop tunes and standards, arranged and conducted by Richard Wess (who arranged Darin's hit "Mack The Knife" for Atco), and featuring jazz players that include Bud Shank, Plas Johnson, Pete Candoli, and Lou Levy. Titles include "Look At Me", "Where Love Has gone", "Sunday In New York", "Goodbye Charlie", "Call Me Irresponsible", "Days Of Wine & Roses", "Charade", and "The End Of Never" and "Look At Me", both original tunes by Darin.  © 1996-2021, Dusty Groove, Inc.
(Stereo rainbow label pressing.)

Inside Out
Atlantic, 1967. Very Good+
LP...$6.99
A great little record by Bobby – recorded hot on the heels of his big hit recording of "If I Were A Carpenter", and with a surprising respect for Tim Hardin and a lot of the other young songwriters of the post-folk years. Keep in mind that Darin was really feeling his mortality at ... LP, Vinyl record album