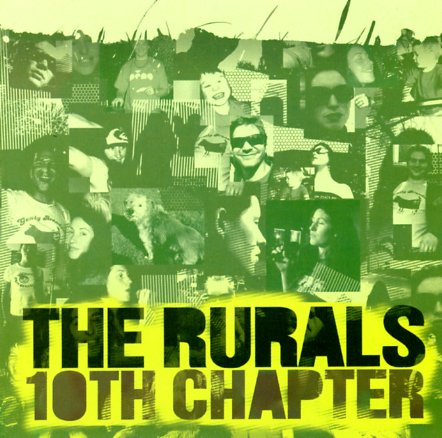 Hard to believe these guys have got 10 albums under their belt – but over the past decade or so, The Rurals have been quietly building up a heck of a great catalog of grooves – and this album's the latest chapter in their triumphant story! The Rurals have never gotten the acclaim or attention of some of the bigger acts on the international groove scene – but their music is wonderful, and some of the most soulful dancefloor work around – a beautiful blend of beats, keys, and soul – all served up with a lot more warmth and depth than most of their contemporaries! Vocals are by the lovely Marie Tweek, and Charlie Hearnshaw plays some great sax on a few cuts – and titles include "Show Me The Love", "Steps", "Saving Time", "Rain", "7th Sun", "So High", "I'm Lost", and "Liquid".  © 1996-2020, Dusty Groove, Inc.
(Out of print, DJ magazine copy packaged in a nice gatefold sleeve.)

Reinterpretations
Peng (UK), 2003. Used
CD...$4.99
We're not normally the biggest fans of remix albums, but this set is pretty darn great – and stands equally nicely next to the regular full length sets by The Rurals! Given that the Rurals groove is one that's already pretty tuned towards the dancefloor, their work makes them a perfect ... CD

Nettle Soul
Peng (UK), 2006. Used
CD...$9.99
Another wonderful full length set from The Rurals – a group who keep on going strong, record after record! As with their previous work, the sound here is warmly soulful, but still often upbeat – real soul for the dancefloor, served up without cliche or any sort of easy gimmicks. A ... CD