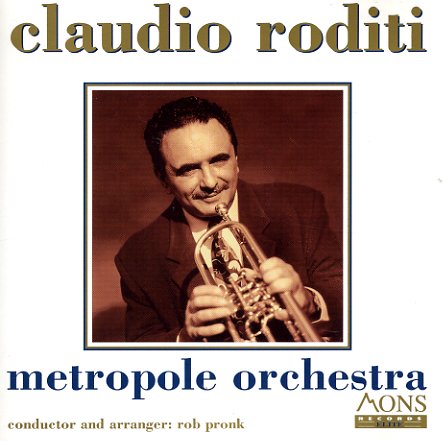 Claudio Roditi on trumpet, flugelhorn and vocals with the Metropole Orchestra conducted by Rob Pronk.  © 1996-2021, Dusty Groove, Inc.
(Out of print, punch through barcode.)