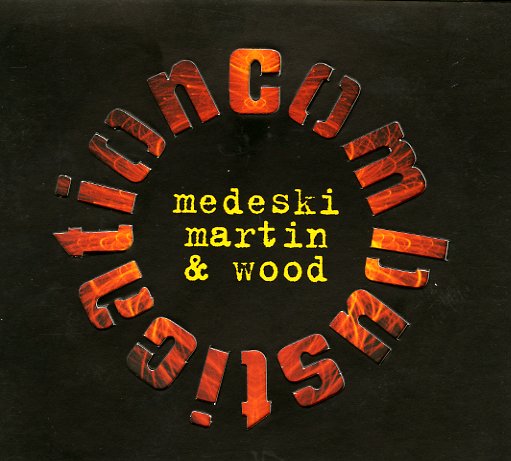 Seminal sounds from the great Medeski, Martin, & Wood – a Blue Note date that has the trio pushing forward even more strongly than before! The set has the band playing a great mix of haunting funky keyboard tracks, augmented at times by turntablist mixing and deep soulful production techniques – but in a way that's not nearly as dated as some of their contemporaries. The best moments on the record have a stellar electric spacey groove that sounds like it was lifted from a 70's CTI classic and infused with a 90's post hip-hop funk sensibility. Titles include "Sugar Craft", "Nocturne", "Start Stop", "Everyday People", "Coconut Boogaloo", "Latin Shuffle", and "Church Of Logic".  © 1996-2021, Dusty Groove, Inc.
(Out of print, digipack case has some light edgewear and a small punch through the barcode.)

Dropper
Blue Note, 2000. Used
CD...$3.99
A return to funky grooving for Medeski, Martin, & Wood – and a slamming set that really captures the energy of the group in performance! The trio move effortlessly through tight Hammond grooving and off-beat jazzy piano work, riffing hard in the jam-band mode that's made them a huge ... CD