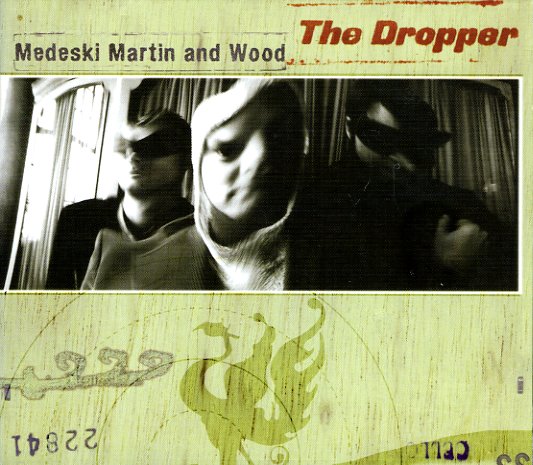 A return to funky grooving for Medeski, Martin, & Wood – and a slamming set that really captures the energy of the group in performance! The trio move effortlessly through tight Hammond grooving and off-beat jazzy piano work, riffing hard in the jam-band mode that's made them a huge favorite with the funky jazz crowds in the US. The album's got some great production that pastes together a wash of soundscapes between and beneath the group's playing – never getting in the way at all, and really bringing out some of the stranger sides of their tones. Titles include "Shacklyn Heights", "The Dropper", "Philly Cheese Blunt", "Sun Sleigh", "We Are Rolling", and "Big Time".  © 1996-2021, Dusty Groove, Inc.
(Out of print, small cutout through digipack case.)

Hub-Tones
Blue Note, Mid 60s. Used
CD...$6.99
An album with a classic modernist cover image – and one that's also got the same sort of sound to match – brilliant early work from trumpeter Freddie Hubbard, who's really coming into his own as a leader with this date! Freddie's really finding a voice here – a sharper edge than ... CD

Destination Out (RVG remaster edition)
Blue Note, 1963. Used
CD...$13.99
A modernist classic from 60s Blue Note! The album's one of Jackie McLean's greatest from the time – and one of his seminal "new thing" sessions cut with young modernists Grachan Moncur III on trombone and Bobby Hutcherson on vibes – both young players who were really finding ... CD