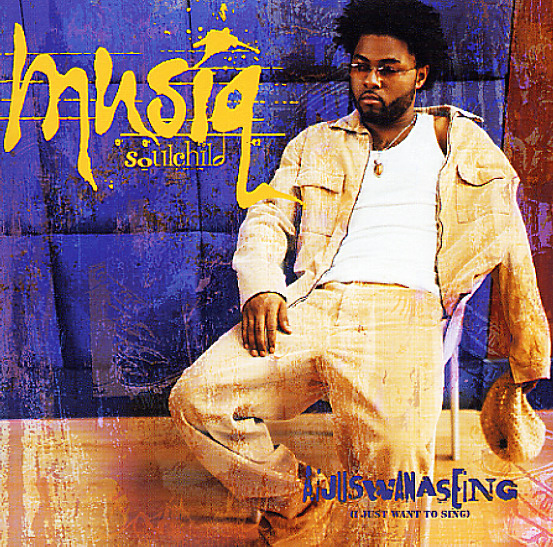 Classic-styled soul from Musiq Soulchild – his debut set for Def Soul, and the start of a great run of mellow grooves! As you might guess from the compressed wording of the title, the tunes here have a great set of flow – a laidback, kicked-back sort of sound that's not nearly as full-on or swaggering as other male soul of the time. Musiq's even more relaxed than D'Angelo here – and the tunes are awash in warm keyboard lines and mellow bubbling beats – all with plenty of room for Musiq to stretch out in some sweeeeeet vocal lines. Titles include "Speechless", "You & Me", "Just Friends (Sunny)", "Girl Next Door", "Mary Go Round", "Love", "Poparatzi", and "You Be Alright".  © 1996-2021, Dusty Groove, Inc.
(Still sealed with a small cutout hole through the case.)