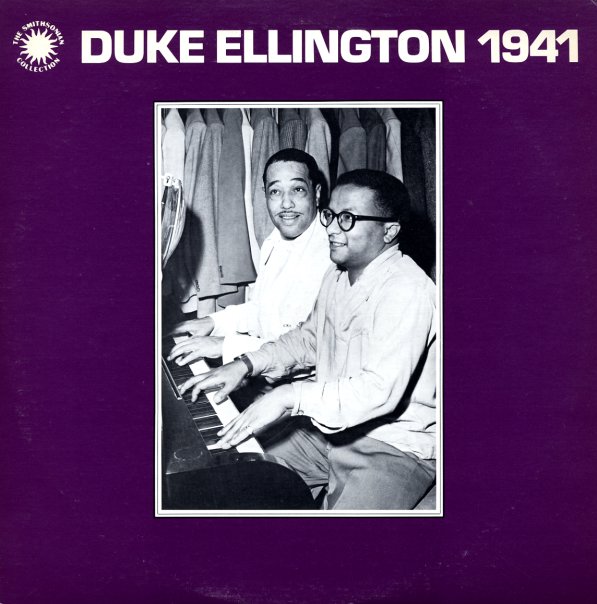 With Wallace Jones on trumpet, Ray Nance on cornet and violin, Rex Stewart on cornet, Lawrence Brown and Joe Nanton on trombone, Juan Tizol on valve trombone, Barney Bigard on clarinet and tenor, Johnny Hodges on alto, sooprano, and clarinet, Otto Hardwick on alto, Ben Webster on tenor, Harry Carney on baritone, alto, and clarinet, Ferd Guy on guitar, Jimmy Blanton on bass, and Sonny Greer on drums.  © 1996-2022, Dusty Groove, Inc.
(With booklet inside the gatefold. Cover has light surface wear and a trace of a price sticker.)