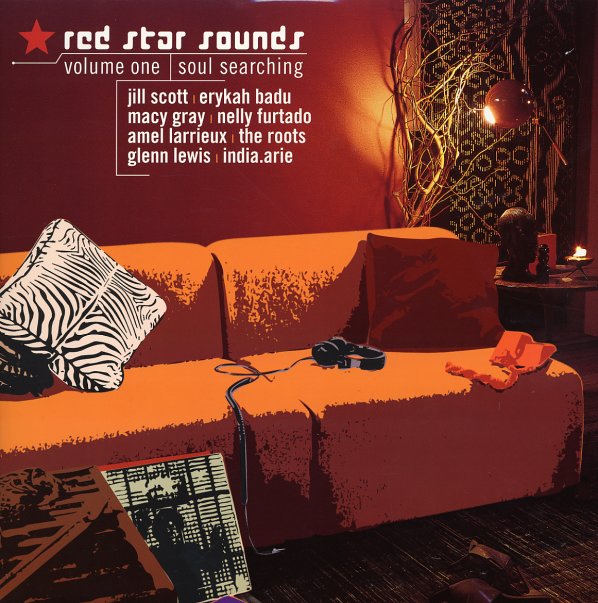 A collection of tracks put together by the folks at Heineken's Red Star Foundation – a program that's designed to support "urban influence music" (whatever that means!) The upshot of the package is that it's a great set of underground soul grooves – perhaps not as cutting edge as the folks at Red Star might have you think (because if you're into this stuff, you're already one step ahead of the crowd), but well selected, with a really solid soul sound throughout! Titles include "Glitches" by Amel Larrieux & The Roots, "A Long Walk (touch of jazz remix)" by Jill Scott, "Today (Earth Song)" by Erykah Badu, "High Off You" by Jack Herrera, "Butterfly" by India Arie, "Legend" by Nelly Furtando, "So Sweet" by Brad Young, "Still Searching (remix)" by Damien Marley & Stephen Marley, "When Your Ups Are Downs" by Don Scribbs, "Sweetest Thing" by Lathun, "You Make Me Wanna Smile Again" by Eddie Jackson, and "Don't Stop" by Spanish Fly.  © 1996-2021, Dusty Groove, Inc.
(Small cutout hole through case.)