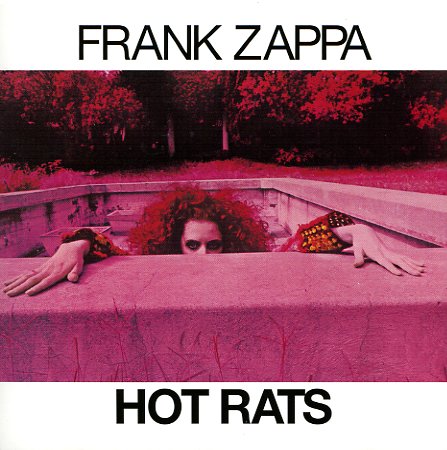 One of those records that should be an insane dark mess, given the look of the cover – but which turns out to be a surprisingly well put-together effort all the way through! Zappa does a great job of hiding behind his hair here – never acting with the pomp that a pop genius like him could easily have enacted – and instead passing off the record as if it's just another freakout – despite the fact that the arrangements are some of his tightest, most focused, and downright groovy so far! There's plenty of key musical help to make the whole thing come out right – including bass from Shuggie Otis, the inimitable voice Captain Beefheart, on the cassic "Willie The Pimp", violin from Jean-Luc Ponty, drums from Paul Humphrey, and bass from Max Bennett – all players who really live up to the musical complexity of Zappa's compositions – often with a pre-fusion vibe that's almost unexpected. Other titles include "Son Of Mr Green Grass", "The Gumbo Variations", "It Must Be A Camel", "Peaches In Regalia", and "Little Umbrellas".  © 1996-2021, Dusty Groove, Inc.
(BMG Direct pressing.)

Stooges
Elektra, 1969. Used
CD...$6.99
A record that no home should be without – and a stunning set that still carries all the raw power it did way back in 1969! The album's an apocalyptic vision of the future – a future it helped to shape, give its influence over the years – and from start to finish, the whole thing ... CD

Five Leaves Left
Island, 1969. Used
CD...$4.99
Godlike work from the legendary Nick Drake – and exactly the kind of record that's made him a continuing legend over the years! The style is completely its own – not really folk or rock, but not really jazz either – yet served up with plenty of jazzy phrasing that's helped keep ... CD