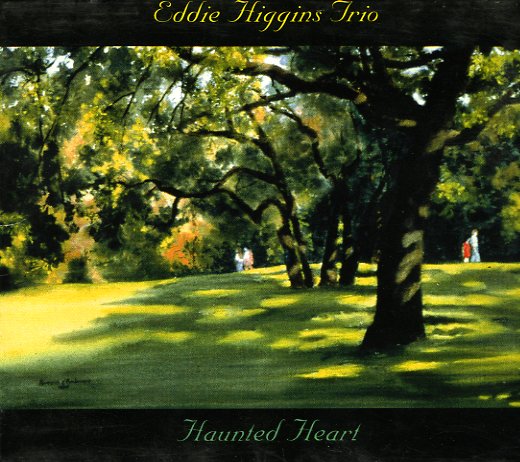 Part of the late 90s rise to genius from pianist Eddie Higgins – a set of simple, lyrical beauty that really holds up well over the years – one of those classics that were cut away from the age of the classics – the sort of record that Eddie should have been making many decades back, although we're more than happy he reached this point later in his career! The trio here features Ben Riley on drums and Ray Drummond on bass, a really great rhythm compliment to Higgins' work on piano – and titles include "Stolen Moments/Israel", "My Funny Valentine", "Lover Come Back To Me", "Haunted Heart", "Lush Life", "Isn't It Romantic", and "I Should Care".  © 1996-2021, Dusty Groove, Inc.

Four Visions Saxophone Quartet
Sunnyside, 2019. Used
CD...$11.99
A great update of the sax quartet format – a mode that first saw big expression in jazz during the 80s, but which has sadly fallen out of use in more recent years! Here, a trio of younger players bring new energy to the music with longtime saxophone genius Dave Liebman – in a format ... CD