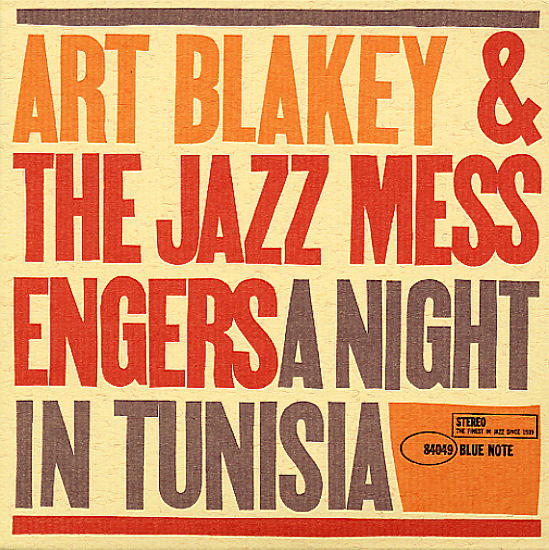 One of a number of Art Blakey albums titled after "Night In Tunisia" – and most likely the best! The tune is a perfect fit for the Blakey Jazz Messengers format – long, rhythmic, really stretching out, yet allowing plenty of space for the horn players to solo. Players include Bobby Timmons on piano, Lee Morgan on trumpet, and Wayne Shorter on tenor – a killer lineup that's in really classic form here – driven on nicely by Blakey's drums and bass work by Jymie Merritt. Titles include "Night In Tunisia", with Blakey thundering through impeccably – plus the tracks "Yama", "Kozo's Waltz", and a version of Timmons' great "So Tired".  © 1996-2021, Dusty Groove, Inc.
(Out of print. Spine has a cutout notch.)