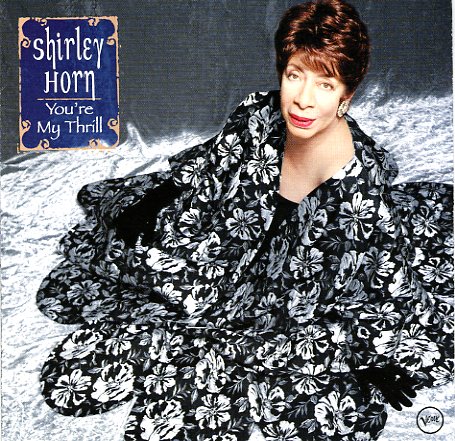 Shirley Horn At Northsea (All Night Long/Violets For Your Furs)
Steeplechase (Denmark), 1981. Used 2 CDs
CD...$18.99
Great European work from Shirley Horn – recorded live, in a setting that really lets her stretch out nicely – almost as if she's finding the new sort of maturity that would mark her music in the 80s, right during the space of the concert! The format is quite spare – just Horn's ... CD

Live At The Monterey Jazz Festival 1994
Monterey Jazz Festival/Concord, 1994. Used
CD...$6.99
Shirley Horn caught right at the height of her great revival years in the 90s – a time when she was arguably even more expressive and deeply soulful than before! Like most of Horn's best recordings of the time, this live date features a trio – with Shirley herself on piano, Charles ... CD

Shirley Horn With Strings – Here's To Life
Verve/Gitanes, 1992. Used
CD...$2.99
Produced and arranged by Johnny Mandel – with guest trumpet from Wynton Marsalis on two tracks! Titles include "Isn't It A Pity", "Here's to Life", "Come A Little Closer/Wild Is The Wind", "You're Nearer", "Summer", "Quietly There", ... CD

May The Music Never End
Verve, 2003. Used
CD...$6.99
Stunning – and some of the best work we've ever heard from Shirley Horn! We know, we know – you've seen a bit too much of her in the jazz racks of late – but don't let that stop you from picking up this album, because it's amazing! Shirley returns to the spare, subtle simplicity ... CD