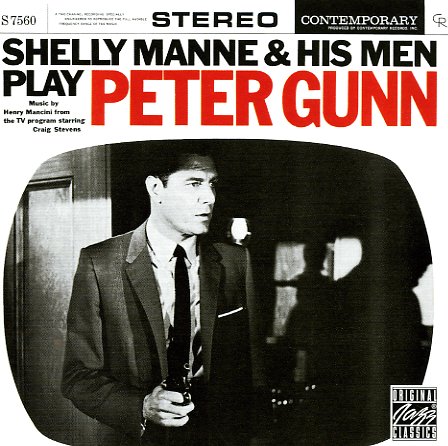 A wonderful version of the famous Henry Mancini score – arguably better than the original soundtrack for the TV show! Shelly Manne leads a small group of west coasters that includes Victor Feldman on vibes, Conte Candoli on trumpet, and Russ Freeman on piano – plus Herb Geller on alto, whose edgey tone carves out some of the best solos on the set – a great compliment for the cool arrangements of the tunes provided by Manne. Titles include "Floater", "Peter Gunn", "Slow & Easy", "Fallout", "A Profound Gass", and "Dreamsville".  © 1996-2022, Dusty Groove, Inc.
(Small cutout hole through case.)