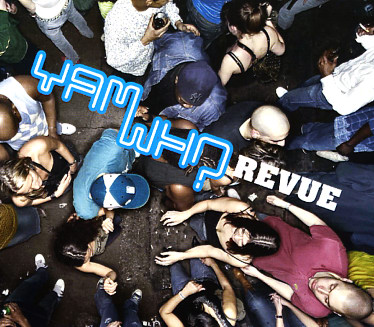 A host of remixes and reworked versions by Yam Who – many of which feature key musical elements added into the tunes! As with many of the singles bearing the Yam Who imprint, the sound here is often quite crispy and cosmic – but also more directly funky than most work from the London scene, with a sense of focus that we really love! And although the tracks here are pulled from singles of the past few years, we'll have to admit that we missed most of them the first time around – so the CD's almost a brand new discovery for our ears, and a real bargain at this price. Titles include Yam Who versions of "Heavenly" by Ski Oakenfull, "Show Me Love" by Incognito, "Striptease" by Jeymes Samuel, "The Nice Up" by Rodney P, "Over" by Megablast, "And I" by Break Reform, "Cry Love" by Colonel Red, "Your Eyes" by Elmore Judd, "Damelo" by Emmanuel, "Do 4 U" by Heavy, and "Like Rain" by Alison Crockett.  © 1996-2020, Dusty Groove, Inc.