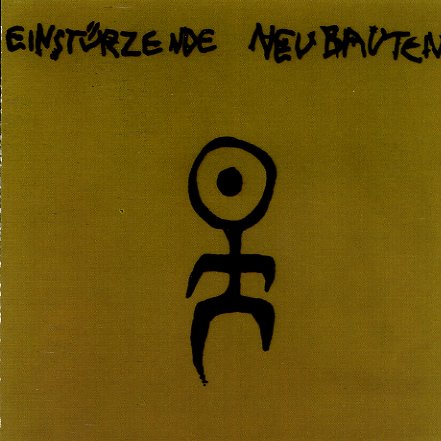 Incredible early work from Einsturzende Neubauten – recorded when the group was just a spare little trio, handling an amazing range of instruments – and a fair bit of tools and heavy equipment as well! You can't get more industrial than this for the post-punk years – given the use of machines as part of the sound – but the approach is hardly the soundscape or artish modes you might get from others, given the intensity and anger in the music – almost punkish itself in approach, with some of the same sonic sensibilities you might find in the odder experiments of the Swell Maps. The album offers a really haunting picture of Germany at the start of the 80s – quiet electronics of the Cluster camp and proggish jamming of the Brain Records scene both laid bare by the group's cold, dark approach to their work. Titles include "Vorm Krieg", "Sehnsucht", "Tanz Debil", "U Haft Muzak", "Kollaps", "Jet'M", "Netativ Nein", and "Helga". Also features the bonus track "Schiess Euch Ins Blut".  © 1996-2022, Dusty Groove, Inc.