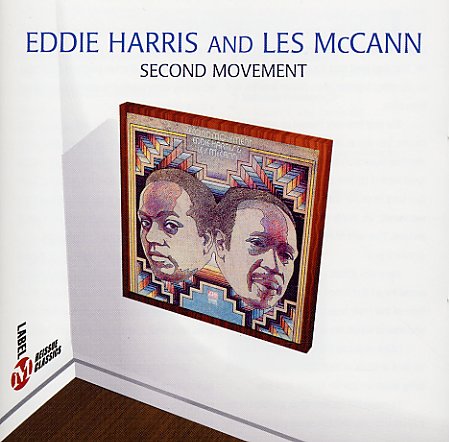 A massive batch of funky soul jazz – the Second Movement (to the first album Swiss Movement) of the collaboration of Eddie Harris and Les McCann! The vibe here is even freer, and hipper, than on the first set – with a host of long tracks that have Les really working the Fender Rhodes into some great grooves, as Eddie blows along some mean, mad Varitone with equal charm! Players include Bernard Purdie, Buck Clarke, and Cornell Dupree – and titles include "Saima", "Carry On Brother", "Universal Prisoner", and the brilliant sample cut "Shorty Rides Again"!  © 1996-2022, Dusty Groove, Inc.
(Out of print.)