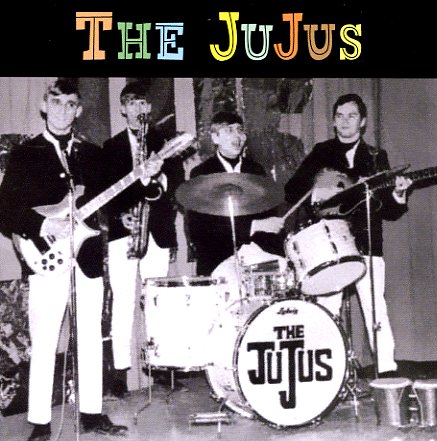 Groovy mid 60s material from The Jujus – from ultra catchy garage rock to more of a psychedelic sound that's just as tuneful – a nice compilation of singles are rarities from 1965-1967! The set actually includes all of the singles by the Jujus and a wealth of rarities and alternate mixes, from tight garagey gems to more of a spiraling, but still quite raw psyche influenced vibe a little later on. The melodies are sweet, and the sax adds a little depth to the more sugary moments, and it's a really winning compilation! 23 tracks including some alternate versions: "You Treat Me Bad", "Runaround Girl", "I'm Cryin", "She's My Girl", "The Gentle Rain", "Sometime Or Other", I'll Be There", "I Love Her So", "In The Park", "Fine Day", "Open Up Your Door" and lots more.  © 1996-2023, Dusty Groove, Inc.