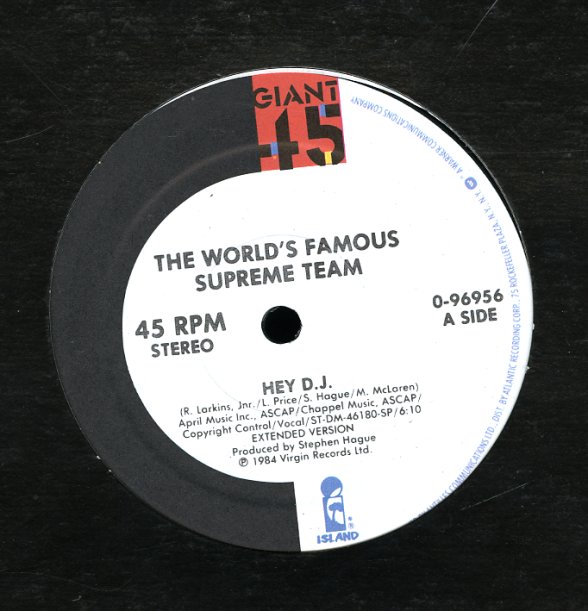 The classic tribute to DJ's that's been sampled by more people than we can count, and the laidback production style still holds up today.  © 1996-2021, Dusty Groove, Inc.
(In an Island Giant 45 sleeve. Label has a name written in pen.)