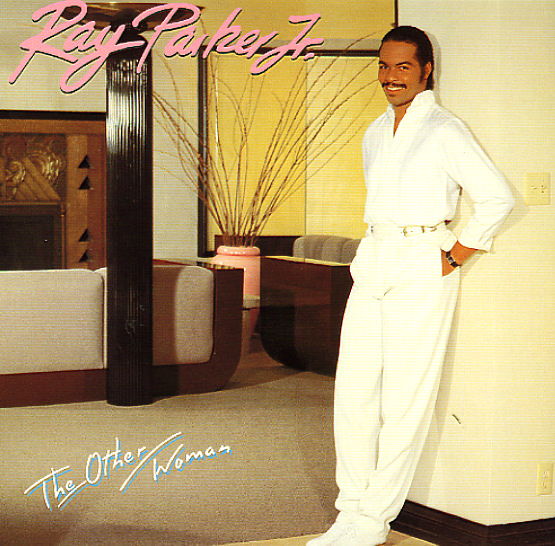 Ray Parker steps out here with the other woman – with a groove that's somewhat different than his earlier sound with Raydio! There's a slightly sharper edge than before – almost a rockish influence in some of the instrumentation, which is a key factor in helping Parker's crossover in the 80s – one that had undeniable impact on the sound of other mainstream soul. At times, it's almost as if there's a slight hint of new wave inspiration in the rhythms and instrumentation – used very sparingly, but quite different than earlier Raydio funk and soul. Parker's vocals are more pronounced than before too – almost with a bite on the upbeat numbers – but warmly soulful on the mellower cuts, which we still like best. Titles include "Stay The Night", The Other Woman", "Street Love", "Let's Get Off", "Stop, Look Before You Leave", and "Let Me Go".  © 1996-2020, Dusty Groove, Inc.
(Includes the printed inner sleeve. Cover has a stained corner and a cutout notch.)