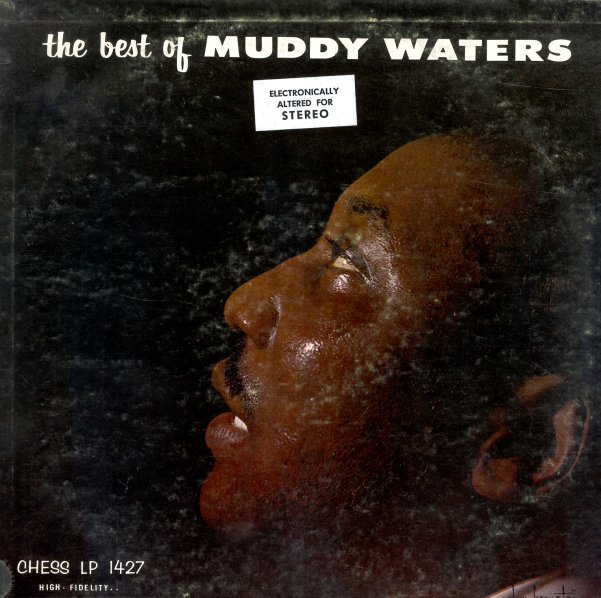 Less a "best of" than an early full album that brings together some of Muddy Waters' earliest recordings for Chess – a great collection of early singles recorded in Chicago between 1950 and 1954! The work's relatively spare and rootsy overall – a great example of Chicago blues in its formative years, with some traces of a more southern style still in the mix – and titles include "Hoochie Coochie Man", "I'm Ready", "Rollin Stone", "Honey Bee", "She Moves Me", "I Can't Be Satisfied", "Standing Around Crying", "Long Distance Call", and "I Just Want To Make Love To You".  © 1996-2020, Dusty Groove, Inc.
(BMG Direct pressing.)

Rollin' Stone – The Golden Anniversary Collection
Chess/MCA, 1950s/1960s. Used 2 CDs
CD...$26.99
More classic blues than you could hope to shake a stick at – a 2CD set that features 50 tunes from Muddy's famous years at Chess Records! The set's brimming over with good stuff – classic and obscure numbers alike, going way past a simple "greatest hits" set. Titles include ... CD

Change My Way
Chess/Traffic, Late 50s/Early 60s. Used
CD...$2.99 (CD...$3.99)
Almost a decade's worth of great work from Howlin Wolf – late 50s and early 60s recordings done for Chess Records in Chicago, nicely packaged up here in an archival series album with full notes on the sessions and music! Nearly all tracks are originals by Wolf – aka Chester Burnett ... CD

Drop Down Mama
Chess, Late 40s/Early 50s. Used
CD...$6.99
Some of the earliest blues ever recorded by the legendary Chess Records – material by a variety of artists caught at the very start of the 50s! The names here aren't as big as those of the stars who would firmly put Chess on the map later in the decade – but the work is a great ... CD