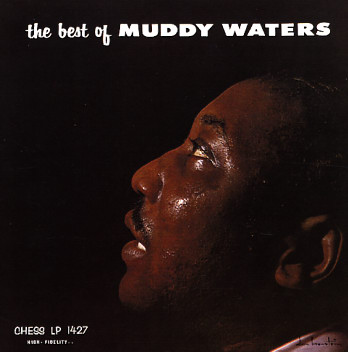 Less a "best of" than an early full album that brings together some of Muddy Waters' earliest recordings for Chess – a great collection of early singles recorded in Chicago between 1950 and 1954! The work's relatively spare and rootsy overall – a great example of Chicago blues in its formative years, with some traces of a more southern style still in the mix – and titles include "Hoochie Coochie Man", "I'm Ready", "Rollin Stone", "Honey Bee", "She Moves Me", "I Can't Be Satisfied", "Standing Around Crying", "Long Distance Call", and "I Just Want To Make Love To You".  © 1996-2022, Dusty Groove, Inc.

Trouble No More – Singles 1955 to 1959
Chess/MCA (Japan), Late 50s. Used
CD...$11.99 14.99
Original 45 takes of some of the best work from a time when Muddy Waters was really taking off – small group recordings for Chess, with help from Otis Spann on piano, Jimmy Rogers on guitar, Walter Horton on harmonica, and Willie Dixon on bass! Titles include "Rock Me", "Mean ... CD

Best Of Little Walter
Chess/MCA, Early 50s. Used
CD...$3.99
A well-titled set – as the album features some of the best early sides that Little Walter recorded for Chess – records that went on to set a whole new standard both in blues vocals and harmonica! There's tightness here that's a bit different from some of the other Chess blues at the ... CD

Down & Out Blues
Chess, Early 60s. Used
CD...$5.99
Raw blues from Sonny Boy Williamson – harmonica, guitar, and some rough drumming underneath the vocals – all in a mode that has plenty of early Chess Records grit! And despite the "down and out" title and cover image, Sonny's got a heck of a lot of punch here – an ... CD