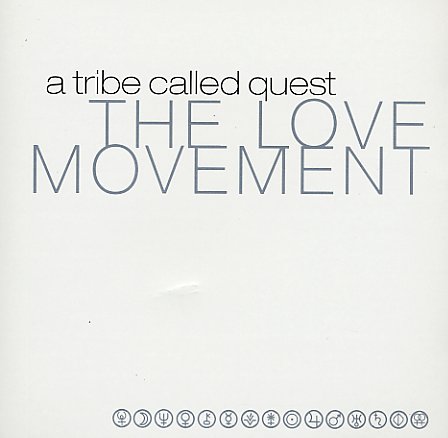 The last Tribe Called Quest LP – one of those "end of an era" type experiences for sure – and record that was fairly slept on it the time given the dizzying heights of their earlier record – and holds up today as an essential! The tracks are all produced by The Ummah featuring J Dilla, and just a solid bed of production that's a reminder of how this excellent style of hip hop production excels so sweetly at both looking forward and making 70s soul jazz beats sound forever fresh – with tracks including "Pen & Pad", "Find A Way", "Like It Like That", "Steppin' It Up" (featuring Busta Rhymes & Redman), "Rock Rock Y'all" (featuring Mos Def, Jane Doe, Punchline & Wordsworth.) As an added bonus, the CD includes six rare classic Tribe Called Quest alternate tracks and remixes that this point only ever appeared on 12-inches – including the classic "Scenario" remix, "Oh My God" remix, "Hot Sex", "One, Two Sh*t", and "Jazz (We Got)" re-recorded version.  © 1996-2022, Dusty Groove, Inc.
(Out of print.)

Buckshot Le Fonque
Sony, 1994. Used
CD...$3.99
The first of Branford Marsalis' two LPs to venture into the "acid jazz" or "hip hop crossover" genre, however you choose to look at it. Fortunately, he gets a helping hand from Premier on a number of cuts. Includes "Breakfast At Denny's", "Some Cow Fonque", ... CD