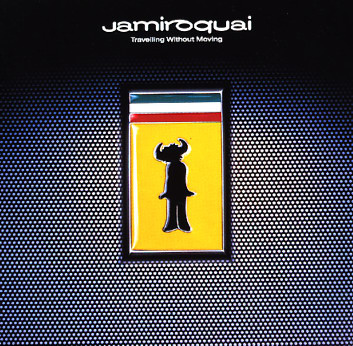 A mindblower from Jamiroquai – the album that really broke them out of the box, thanks to an increasingly complicated sense of rhythm! For the set, Jay and the group pulled up some of the more dynamic sounds from the London underground, and wove them together with their increasingly great songwriting – coming up with tunes that played beautifully on the dancefloor, yet also offered deeper listening than on previous Jamiroquai efforts! There's still some great 70s elements here, but there's also a more cosmic, righteous vibe too – a hint at spacey London to come, but sent home with a bit more polish here. Titles include "Virtual Insanity", "Cosmic Girl", "Everyday", "Alright", "High Times", "Travelling Without Moving", "Spend A Lifetime", "Use The Force", and "Didjital Vibrations". CD also features the bonus track "Do You Know Where You're Coming From".  © 1996-2021, Dusty Groove, Inc.
(Out of print, small cutout hole through case.)

MG4R – Remix
Sony (Japan), 2001. Used
CD...$6.99
One of the best albums of 2000 gets remixed! Mondo Grosso's MG4 is one of our favorite new albums of recent years – a fantastic blend of soul, jazz, Brazilian rhythms, and two-step production – and this new album takes all the best elements, and makes them even better. The list of ... CD

BLZ (voc, inst)
Sony (Japan), 2002. Used
CD...$4.99
A groove happy single from Mondo Grosso! The track's one of their catchiest in years – a kicking two-step beat, strong use of acoustic guitar over the beats, and sweet English language vocals by Blu James. The track's an anthemic groover of the sort that's best heard blasting out of a car ... CD