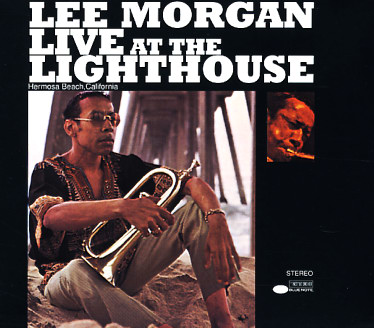 An incredible album from Lee Morgan – one of his last records ever, and a set that shows a whole new promise in his music – one that was sadly unfulfilled as a result of his tragic early death. The songs hare are all quite long – stretched out live numbers, but never in a way that's overindulgent (especially in comparison to some of Lee's Blue Note contemporaries) – and put together with a level of creativity and imagination that's simply stunning! Lee's in a beautifully searching mode here – stretching out on his solos, and hitting spaces we never would have imagined in his work even a few short years before. The rest of the group's great too – and include Bennie Maupin on flute, tenor, and bass clarinet, Harold Mabern on piano, Jymie Merritt on bass, and Mickey Roker on drums. Titles include "The Beehive", "Neophilia", "Nommo", and "Absolutions". Plus, this 3CD set features triple the amount of material on the original set – which was already an extended one – 8 more bonus cuts that include "Aon", "Yunjanna", "416 East 10th Street", "I Remember Britt", and "Peyote".  © 1996-2022, Dusty Groove, Inc.
(Out of print 3CD version. Case has minor wear at the corners but is otherwise in really nice shape, and discs look great! Cutout mark through barcode.)

Taru
Blue Note, 1968. Used
CD...$14.99 18.99
Unreleased genius from Lee Morgan – a key session from the later years of his too-short life, but one that wasn't issued until nearly a decade after his death! The sound here is completely sublime – a mix of the best later Morgan modes – soulful, lyrical, and modal – played ... CD