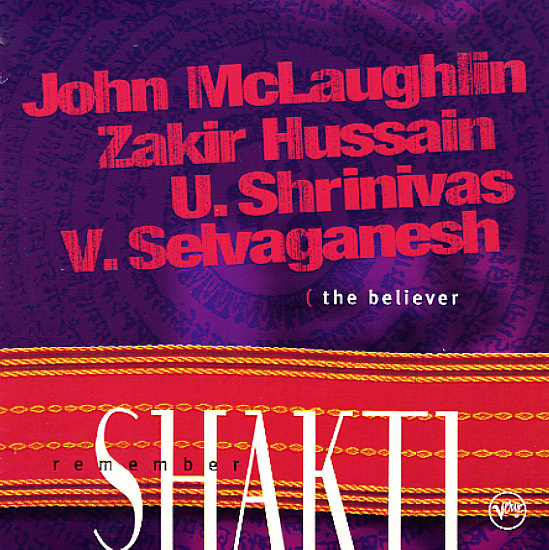 John McLaughlin on guitar, Zakir Hussain on taqbla, U Shrinivas on mandolin, and V Selvaganesh on kanjira, ghatam and mridanga.  © 1996-2021, Dusty Groove, Inc.
(Out of print.)

Promise
Verve, 1995. Used
CD...$5.99
A far reaching set from fusion rooted, but boundlessly talented jazz guitarist John McLaughlin – featuring an all star roster of guests and admirers and a stylistic sprawling set of numbers! A few numbers with voice accompaniment add a spiritual depth, but for the most part, Promise intends ... CD