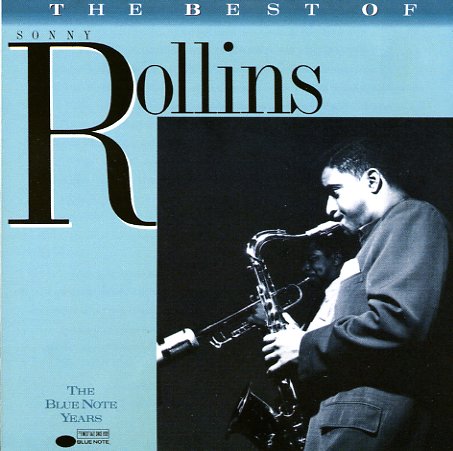 Original Album Classics (Sonny Meets Hawk/Our Man In Jazz/What's New/Now's The Time/Standard Sonny Rollins) (5CD set)
Columbia, 1962/1963/1964. Used 5 CDs
CD...$24.99
3 years' of music spread out on 5 different CDs – some of the best albums recorded by Sonny Rollins in the 60s! The package is a great look at the key sides that Sonny recorded for RCA in the years right after his return to playing in the early 60s – and every record here is a treasure ... CD

Sonny Rollins In Japan
Victor (Japan), 1973. Used
CD...$18.99
One of Sonny Rollins' best albums of the 70s – a Japanese-only live date that features some excellent work on both tenor and soprano sax! The group has a really great feel – thanks to congas by Mtume and guitar from Yoshiaki Masuo – both of whom bring some new elements to Rollins' ... CD

Road Shows Vol 3
Okeh, 2000s. Used
CD...$7.99
The continuing exploration of the greatness of Sonny Rollins in a live setting – a format that's really made these Road Shows records more interesting than most of his studio work in recent years! The set features key live performances by Rollins from the past decade or so – all long ... CD

Tenor Madness
Prestige/OJC, 1956. Used
CD...$4.99 (CD...$9.99)
A groundbreaking album from Sonny Rollins, largely for the extended track "Tenor Madness", which runs on for 13 minutes, and features him and Coltrane blowing head to head – redefining the sound of the tenor sax in jazz through the course of that amazing track! Backing is by the ... CD

Leapin & Lopin (with bonus tracks)
Blue Note, 1961. Used
CD...$6.99
A killer hardbop session from the early 60s – one of Sonny Clark's later sides for Blue Note, and an album that features a great lineup of players that includes lesser-known Blue Note hornmen Charlie Rouse and Tommy Turrentine! The record crackles with the energy and imagination of Clark's ... CD