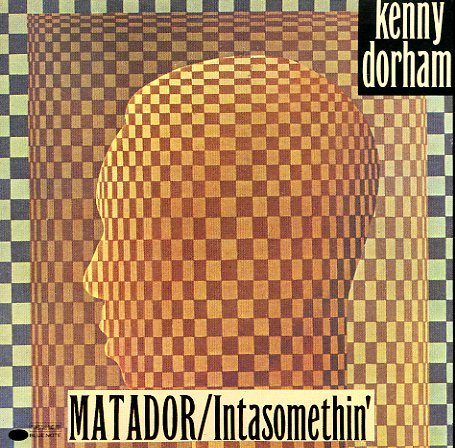 This is the kind of CD that makes us love reissues! Why? Well, because it features 2 incredibly rare jazz albums – both of which never turn up on vinyl, and are lovingly packaged here on 1 CD filled with a dozen hard bop grooves. The album Matador was originally issued under Kenny Dorham's name, and Inta Somethin' was issued under Jackie McLean's name – but both players are sort of co-leaders on both albums, and it's fitting to pair the records together here because they represent the unique union of these two different players. Dorham's lyrical trumpet is an unlikely match for McLean's edgey alto, but the records work well, and with a modernist groove that's extremely compelling. Titles include "El Matador", "San Francisco Beat", "Prelude", and versions of "Una Mas" and "Melanie" – both of which were recorded later by the artists on Blue Note.  © 1996-2023, Dusty Groove, Inc.
(Out of print.)

Unity (RVG remastered edition)
Blue Note, 1965. Used
CD...$4.99 (LP...$25.99)
A brilliant album that would forever change the way the organ was used in jazz! The set's the greatest contribution ever from organist Larry Young – a lean and modal session recorded with help from a young quartet that includes Woody Shaw on trumpet, Joe Henderson on tenor, and Elvin Jones ... CD

Joe Lovano Quartets – Live At The Village Vanguard
Blue Note, 1994/1995. Used 2 CDs
CD...$5.99
A really great showcase for the budding talents of Joe Lovano – heard here at a crucial point in his rise to glory on Blue Note! Joe had already been blowing greatness on tenor for years before this set, but these Village Vanguard recordings put Lovano in the same heady space as Joe ... CD

Congregation
Blue Note, 1957. Used
CD...$4.99
An early killer from Johnny Griffin – a stripped-down quartet session for Blue Note, done in a format that really gave him plenty of room to open up! The rhythm section is a powerful trio led by Sonny Clark on piano, and featuring bassist Paul Chambers alongside the obscure drummer Kenny ... CD

6 Pieces Of Silver (RVG remaster edition)
Blue Note, Late 50s. Used
CD...$6.99 (CD...$4.99)
The lyrical genius at his best – an early record from pianist Horace Silver, but one that already has him really defining that special sort of sound that made him really stand out from his contemporaries! The difference here is hard to put in words – but there's a careful ear for an ... CD