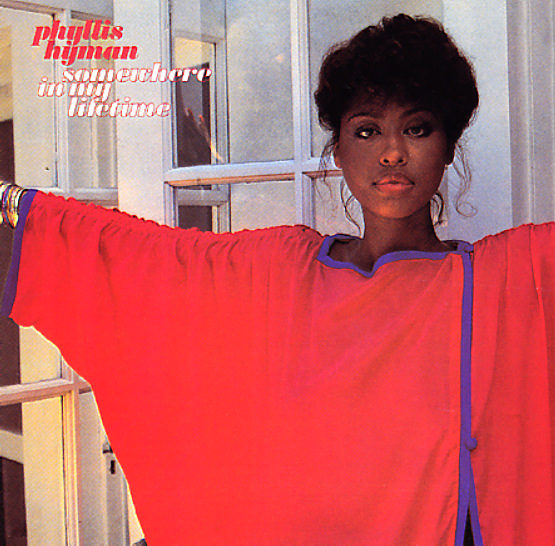 Somewhere In My Lifetime (with bonus tracks)

Warm and wonderful work from Phyllis Hyman – a set that's a lot more mainstream soul than her music of a few years before, but she delivers it with a strong commitment to the more complicated styles of her roots! The sound here is full and proud – a nice extension of the work that Hyman did with Norman Connors, and not nearly as much in a disco mode as it might be, given the time of the release. And although many of the tracks are somewhat upbeat, they've got a bit more complication in the rhythms than conventional club – thanks to the presence of jazz players who include Herbie Hancock, Monty Alexander, Azar Lawrence, and others. The best production on the record is by T Life, and the team of Skip Scarborough and Larry Alexander – and titles include "Kiss You All Over", "Living Inside Your Love", "Soon Come Again", "Here's That Rainy Day", "So Strange", "Lookin For A Lovin", and "Be Careful (How You Treat My Love)". This edition on the irreplaceable Reel Music label is newly remastered and includes bonus 12" promo mixes of "Kiss You All Over" and "So Strange".  © 1996-2023, Dusty Groove, Inc.