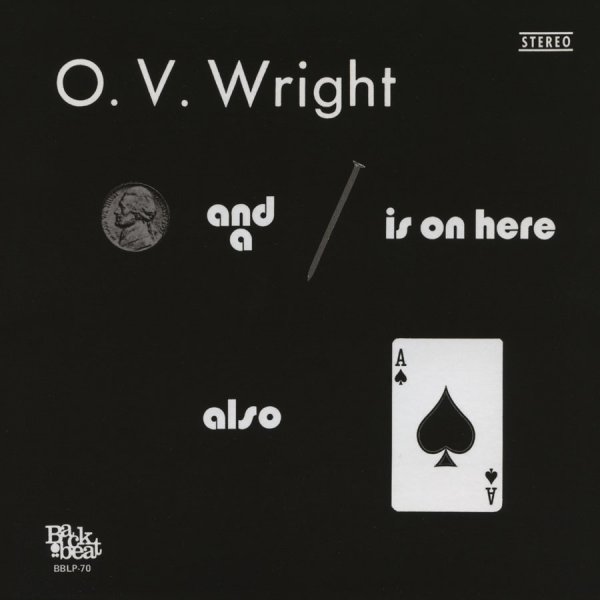 Nickel & A Nail & Ace Of Spades

A masterpiece of southern soul – even if the record hides underneath a somewhat unassuming cover! The set was originally done for the Back Beat side of the Duke/Peacock label from Houston – but was recorded in Memphis with some great early work from Willie Mitchell, all in a lean mode that's somewhat different than the style he was developing over at Hi Records! Here, there's more of a focus on the wonderfully raspy charms of OV Wright's vocals – very personal, and very unique – all at a level that's quite different than so many of his deep soul contemporaries. As the title hints, the set features the two classic tracks "Nickel & A Nail" and "Ace Of Spades" – plus other great cuts that include "Don't Let My Baby Ride", "He Made Woman For Man", "Eight Men Four Women", "Don't Take It Away", and "Afflicted".  © 1996-2023, Dusty Groove, Inc.
(Barcode has a small cutout hole.)