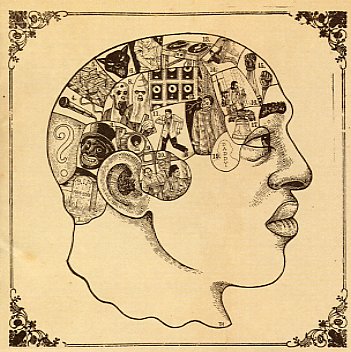 On Things Fall Apart ?uestlove, Black Thought, DJ Scratch, Rahzel and co. reinvigorated the scene with a Philly style soulful, melancholy groove that seemingly influenced the entirety of the NuSoul world – and it could even be argued that the Roots birthed that whole scene. Phrenology carries that torch, but it's so, SO much more, as the heady nature weighed the previous LP down in spots, and Phrenology is a sprawling exercise in expectation-busting perfection! "Rock You" kicks things off in explosive fashion, forgoing the laid back, yet angry soul backbone the group pioneered in hop hop, for a massive electro pulse pounding style – with Black Thought frenetically spitting confrontational wisdom until the synth unexpectedly dives into a short burst of live hardcore punk with "!!!!!!!" (we know what you're thinking, but trust us, it REALLY works). "Sacrifice" features a surprisingly effective chorus sung by Nelly Furtado, and other guest spots include Kweli heating up "Rolling With Heat", Ursula Rucker kicking some reverential poetry on "Waok (ay) Rollcall", and Musiq on the single "Break You Off". Other highlights include the late 80s Bomb Squad-like production on "Thought @ Work", the group's live instrumentation (and ?uestlove's always great trap work) and soul claps on tunes like "The Seed (2.0)", the epic "Water", and "Complexity" with Jill Scott. If you're solely of the 2 turntables and a mic camp you may want to head elsewhere, but if you've been anxiously awaiting the new Roots LP like we have, you'll be knocked straight on your arse, welled up with tears of joy. The best major label hip hop album of '02, and a beauty to go in the time capsule for future generations to learn, and mourn what they missed first hand. Amazing!!! Other tracks include "Quills", "Pussy Galore", and "Something In The Way Of Things (In Town)".  © 1996-2023, Dusty Groove, Inc.
(Limited edition CD comes with a bonus DVD.)