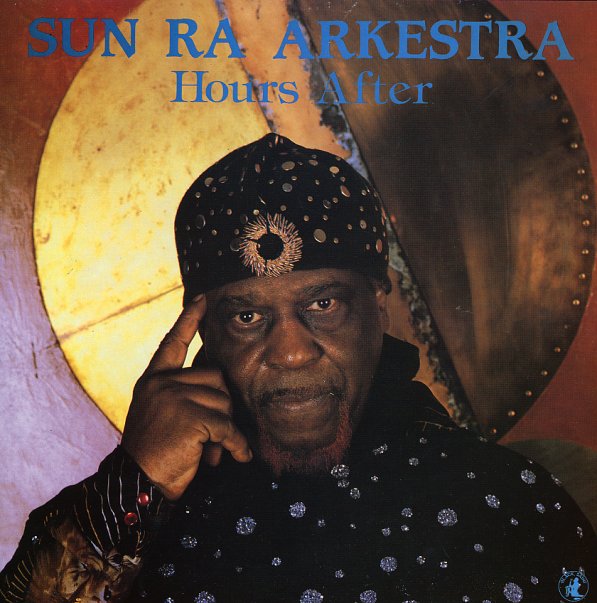 A strange little late record from Sun Ra – transpose Hours After to After Hours, and you'll get a good idea of the feel of this one – late night, soulful and bluesy, with a sound that's in keeping with the traditionalism of the late Arkestra! The group's an all-star one – Pat Patrick, Danny Thompson, Marshall Allen, and John Gilmore – and Ra sings a bit on the session. Side B of the session steps out a bit more from the first side – which is the more traditional one – and Ra plays a bit of synthesizer, in a 70s avant kind of mode. Titles include "Dance Of The Extra Terrestrians", "Love On A Far Away Planet", "Hours After", and "Beautiful Love".  © 1996-2020, Dusty Groove, Inc.

Dancing Shadows (aka Nothing Is)
Magic Music (Germany), 1966. Used
CD...$18.99
One of the best non-Saturn Sun Ra albums of the 60s – material recorded live on a tour of New York colleges in 1966, and very much in a spirit that captures the Arkestra at their best! Longer tracks are juxtaposed nicely with shorter ones – in a way that has the group running very ... CD