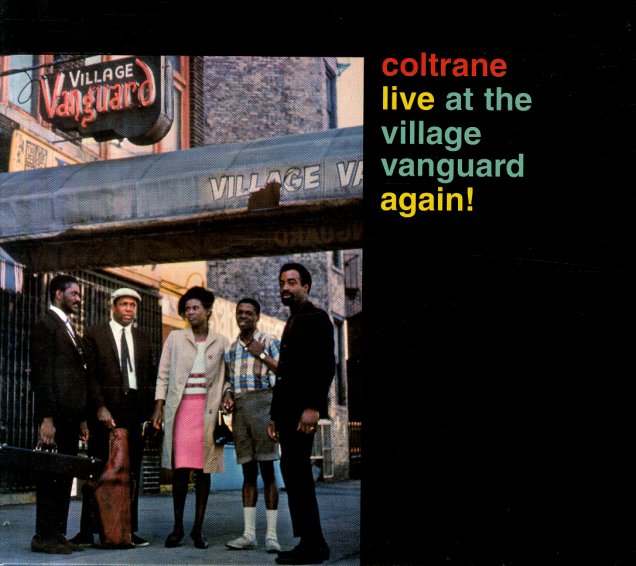 John Coltrane returns to the Village Vanguard – but his sound here is a lot more far-reaching than a few years before! The album's a great counterpart to the first Vanguard session – as it takes all of the bold, soaring energy of that date, and balances it with the newly introspective sound of the later Coltrane years – plus some of the freedoms learned from the Love Supreme era. The group here showcases the new territory explored by Coltrane – with Trane himself on tenor, soprano, and a bit of bass clarinet (echoing earlier Dolphy), plus Pharoah Sanders on additional tenor, Alice Coltrane on piano, Jimmy Garrison on bass, and Rasheid Ali on drums. The album only features 2 long tracks – an incredibly soulful version of "Naima", and a very firey version of "My Favorite Things", but one that begins with a haunting bass solo by Garrison!  © 1996-2020, Dusty Groove, Inc.
(Out of print.)