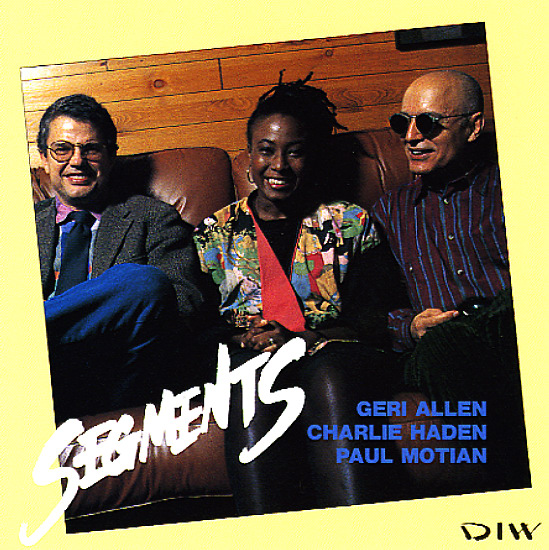 Beautiful trio work from Geri Allen – recording here with a great group that features Paul Motian on drums and some especially great work from Charlie Haden on bass! Haden's bass really figures into the sound of most of the songs strongly – almost leading more than Allen's piano, with a sound that's round and deep-toned, and which really brings a great sense of soul to the set – which is then given a nicely punctuated vibe by Allen's strong piano! Motian, as you might expect, is nicely elliptical – able to move all around the kit, but without ever losing control – and although the performances get a bit outside at times, the whole thing's mostly got a strong sense of soul and a tight rhythmic core. Titles include "Law Years", "Segment", "La Pasionaria", "Rain", "Home", and "I'm All Smiles".  © 1996-2021, Dusty Groove, Inc.
(Out of print, includes obi.)

Jurassic Classics
DIW (Japan), 1994. Used
CD...$11.99
There's nothing prehistoric about this set – as saxophonist James Carter's working here in an angular mode that's strikingly modern, despite the "classics" in the title! The tunes are all familiar ones, but they're recast by Carter with a deep tone on tenor, alto, and soprano sax ... CD

America – South Africa
DIW/Columbia, 1989/1990. Used
CD...$8.99
A second pairing of the Art Ensemble Of Chicago and the Amabutho Male Chorus – one that's indicated not just in the title of the record, but in a changing of the group's name! The sound here is even more Afro-styled than the previous effort – coming across right from the start with a ... CD